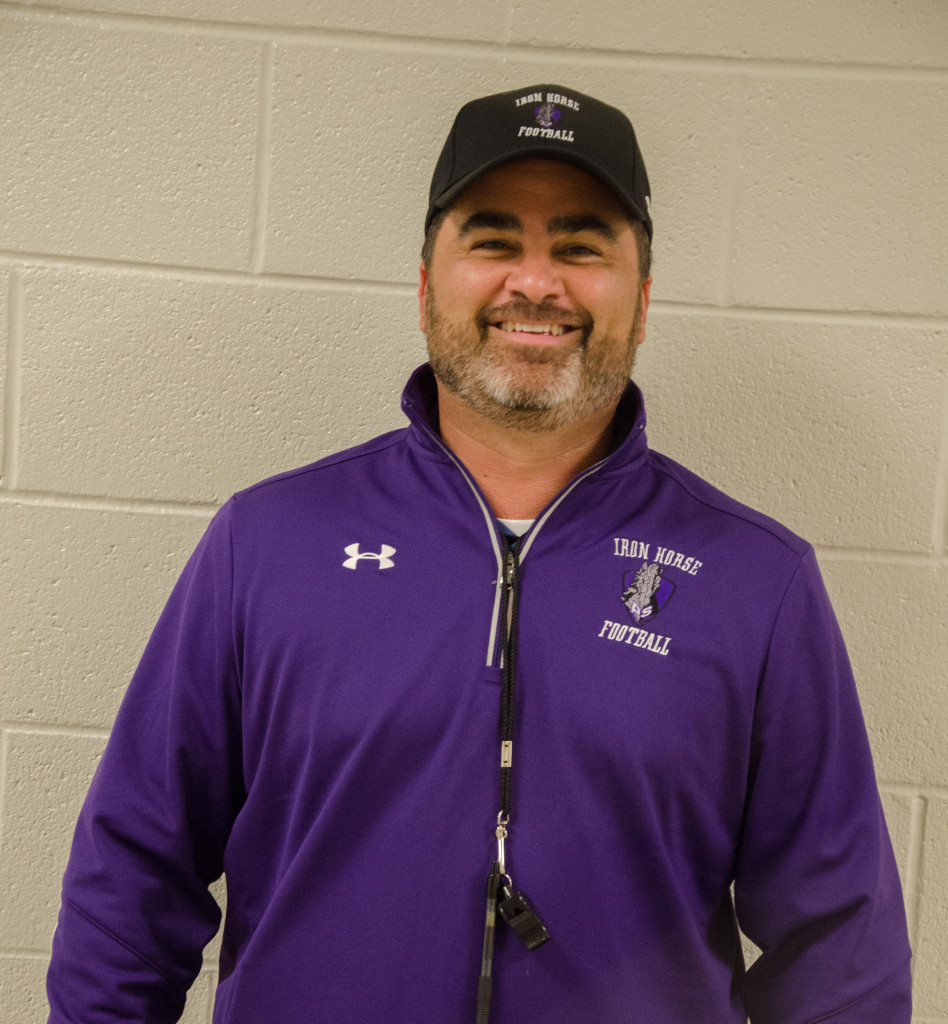 Kevin Mingo is a father of 6 children, married to Krista Mingo(our PSHS Football Team Mom) and is originally from Milford, Connecticut. Kevin is a retired Master Sergeant from the Connecticut State Police, coached youth and high school baseball and football in Connecticut for 12 years. As a head coach football for Milford Pop Warner, he helped rebuild the program back to a championship caliber program, delivering its first 2 Southwest Connecticut Championships in over 15 years . He served as an Assistant Coach for Notre Dame of Fairfield High School as an Offensive Coordinator and Linebackers Coach . Upon moving to Charleston , Coach Mingo , his wife Krista and older sons Khyle and Karson, all coached the Daniel Island Football team, coaching many of our current Iron Horse players. “Together” they won 2 City of Charleston Rec League Championships and accomplished a 15 game win streak over 2 seasons. Coach Mingo graduated from the University of Connecticut and earned his MBA from the University of New Haven. Now with the Iron Horses, Coach Mingo is the Running Backs position coach. He strives to instill mental toughness, hard work, responsibility, and dedication into his players, both in the classroom and on the field.