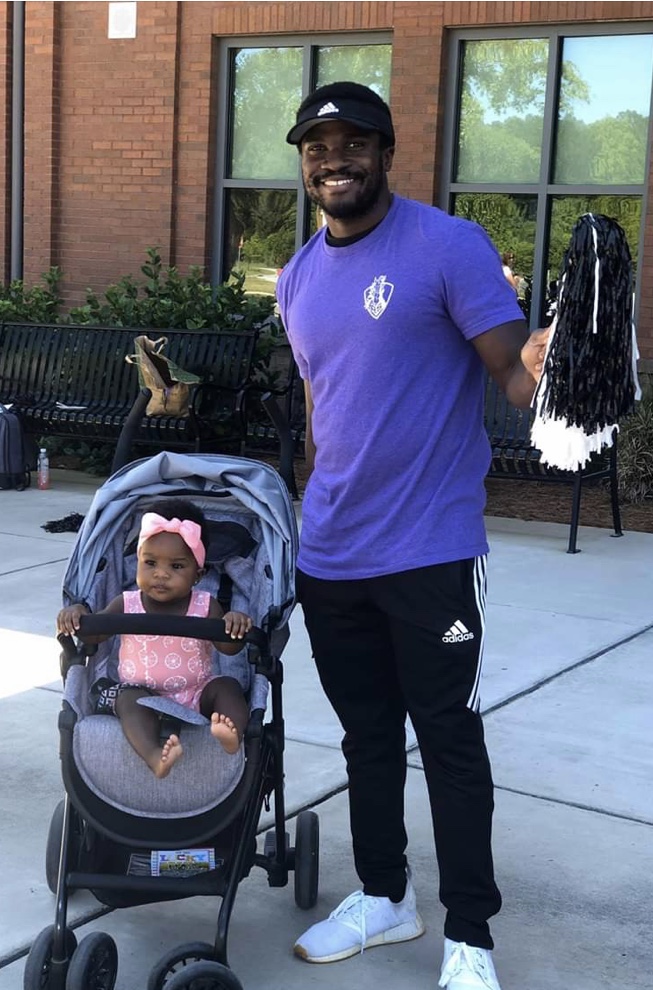 Coach Ellington is entering his second year at Philip Simmons High School. Ellington, from Huger, SC, attended the Cainhoy Schools growing up and graduated from Hanahan High School in 2010. While at Hanahan, he was a 3 year varsity starter on the defensive line. He also ran track and participated in competitive weight lifting. He then attended South Carolina State University, walking onto the football team as a running back and playing under SC State’s all time leader in career wins, Buddy Pough. Ellington graduated from SC State in 2014 with a degree in Physical Education.
Ellington got his first job teaching PE at College Park Middle School under Ingrid Dukes. He began coaching football at Stratford High School in the fall of 2015. While at Stratford, he started off as JV defensive coordinator before being promoted to varsity for the next 3 seasons. In 2019, Ellington left Stratford/College Park to come to Philip Simmons where he is the Varsity outside linebackers coach and JV Head Football Coach.
Coach Ellington has a beautiful daughter named Kenya Skai Ellington.
May
08
Region Championship
10:00 am
May
11