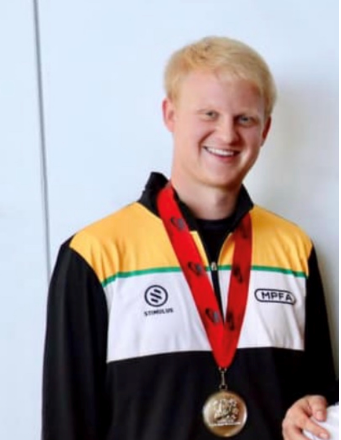 Coach Thornton became an Iron Horse in the fall of 2019 and just recently completed his first undefeated season as our Varsity Boys Soccer Coach. In August of 2019, Coach Thornton earned his National “D” Coaching License through U.S. Soccer and plans to continue his coaching education by completing his National “C” license in the fall.
A recent graduate of College of Charleston, Coach Thornton started his college career in Moline, IL at Augustana College where he played for the mens soccer team prior to moving to the Lowcountry. Prior to this, he was a starter and team captain at his high school, along with playing club soccer for Moline United, BSA State Team, and FC America Premiere.
Upon the conclusion of his career as a player, his love for the game motivated him to start coaching. Coach Thornton previously was the Assistant Varsity Coach at Oceanside Collegiate Academy, and helped develop the 2A State Champions in the Spring of 2019. He also works as a Futsal Coach at Mount Pleasant Futsal Academy and coaches for Daniel Island Soccer Academy. Coach Thornton operates on the philosophy of facilitating an environment that supports student-athletes on and off the field, while developing them to give their best contributions through coaching actions guided by a player-centered mindset.
Coach Thornton is excited to be a part of a young program, and is excited to help turn the program into a leading team in our 2A Region. He has a long list of goals for both the team and the players as individuals and looks forward to leading the Iron Horses to many victories in the years to come!
May
08
Region Championship
10:00 am
May
11