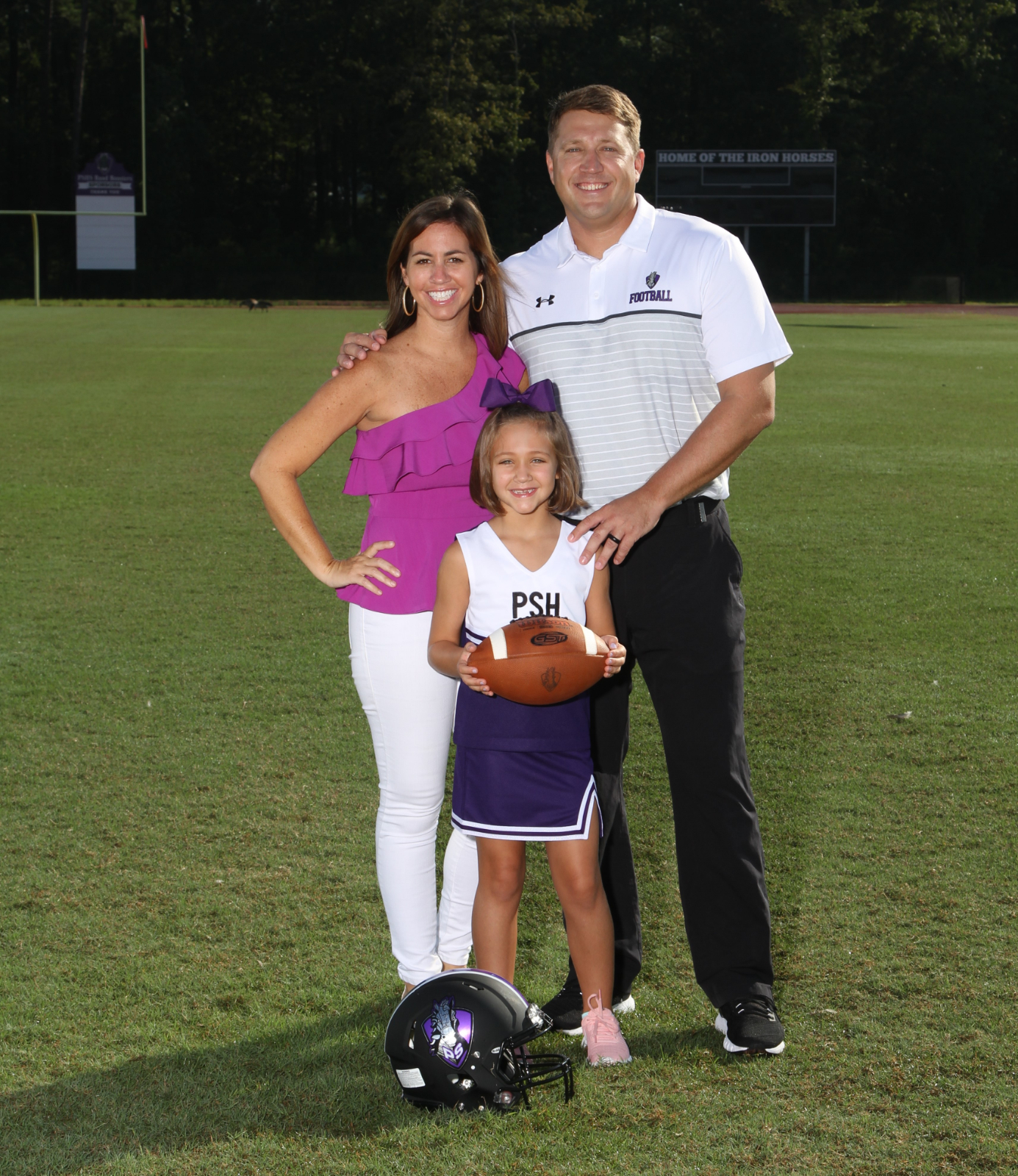 Philip Simmons High School’s first ever head football coach is local product Eric Bendig. Coach Bendig will be entering his 13th year of coaching football in the Lowcountry in 2020.

The Iron Horses are coming off a second place region finish and a 4-6 record in 2019. The team hosted the first ever playoff game in school history. 2019 was the first year the school was fully stocked with 9th to 12th grade students. Coach Bendig and his staff led the first ever varsity campaign in 2018 for the Iron Horse Football Program. The team was made up of grades nine to eleven and finished the season with an overall record of 2-8. The Iron Horse Football Program started its young existence as a junior varsity squad in 2017 and finished the year at 9-1 overall.

A long time resident of the area, Bendig graduated from Wando High School in 2002 where he was a starting tight end on the football team. Bendig went on to attend Presbyterian College where he received a B.S. Degree in Administration in 2007. Eric was a starting tight end for 3 years. The school was the South Atlantic Conference Champions in 2006.

After graduation, Eric coached at Hanahan High School from 2008-2009. He then went on to coach at Wando High School from 2009-2014 where they were the Region Champions in 2012. Coach Bendig left his alma mater for the offensive coordinator position at Ashley Ridge High School in Summerville, SC. He served in this role from 2015-2017 before being named head football coach at Philip Simmons in February of 2017.