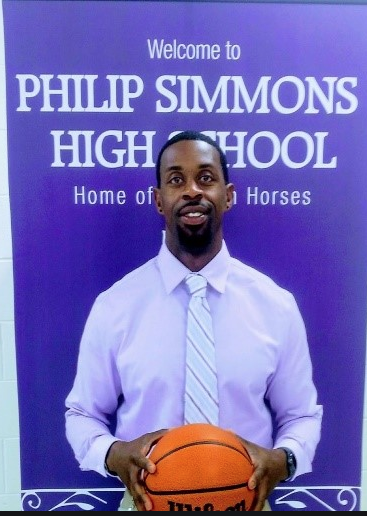 Dustin Williams, a native of Mount Pleasant, S.C., graduated from Wando High School in 2005. In high school he was a three sport athlete where he competed in football, basketball, and track. After finishing his high school playing career he had interest from a few DIII programs to play basketball but opted to purse a college football career at South Carolina State University in Orangeburg, S.C. and graduated in 2010 with a B.S. in Physical Education with a concentration in Sports Communications.

Coach Williams started his basketball coaching career at Wando High School in 2014 as an assistant under Coach Mikey Hunter. Throughout his time at Wando, he helped change the atmosphere and mentality of a program that ended up going (17-8) overall and (7-3) in conference play. Also, he played a critical role in the player’s overall development. In 2015-2017, Coach Williams was under the tutelage of Coach Jeff Emory where the two combined to go (34-14) overall and (20-4) in conference play during that time frame. Since then, he has helped turn Wando into one of the power girl’s basketball teams in the Low Country.

Coach Williams comes to Berkeley County to serve as one of several newly appointed Career Specialists. He will help oversee the career readiness for the Philip Simmons High School feeder schools and will collaborate with counselors, teachers, and administration and work with grade levels 3rd-12th grades with a focus in CTE programs.