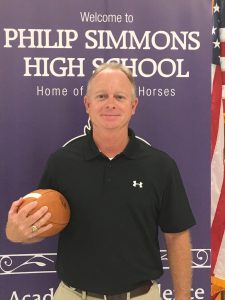 Coach Harvey is entering his 37th year in education. He earned a Bachelor’s Degree in Physical Education from the University of South Carolina in 1983 and a Master’s Degree from The Citadel in Elementary Administration in 1989.