Prep Sports writer David Shelton of The Post and Courier puts out his annual All Lowcountry Football Teams every Christmas. For the second year in a row the Iron Horse Football program has players listed on multiple teams for the 2020 season.

For the second year in a row, senior linebacker Tyler Harper is on the 2nd Team as an athlete (played multiple LB spots and DB spots for the Horses) and for the first time Luther Smalls is named to the 2nd team as a defensive back. 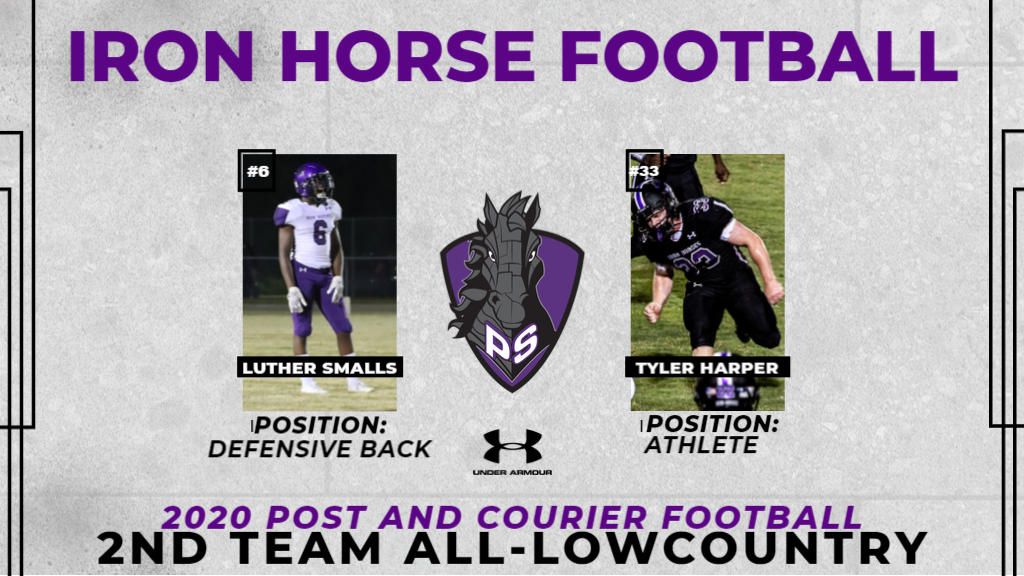 Another multiple year member is Will Ramey who was again named to the Honorable Mention team as an athlete on offense (player wide receiver, tight end, full back for the Horses. First year recipients Peyton Woolridge (RB), Hunter Ramey (DL), and Griffin Gore (K) round out the 2020 list of Iron Horse players named to the prestigious teams. 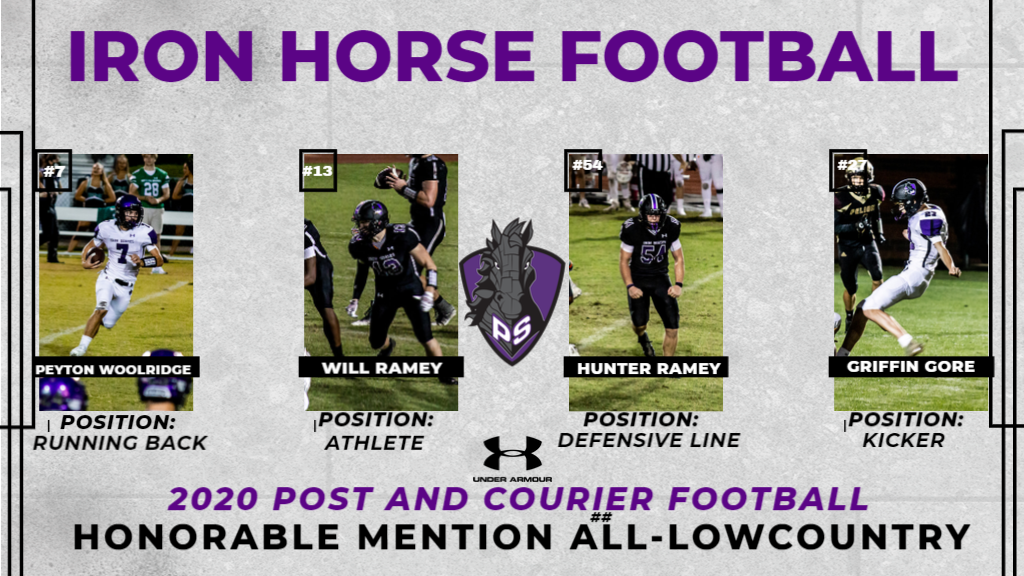